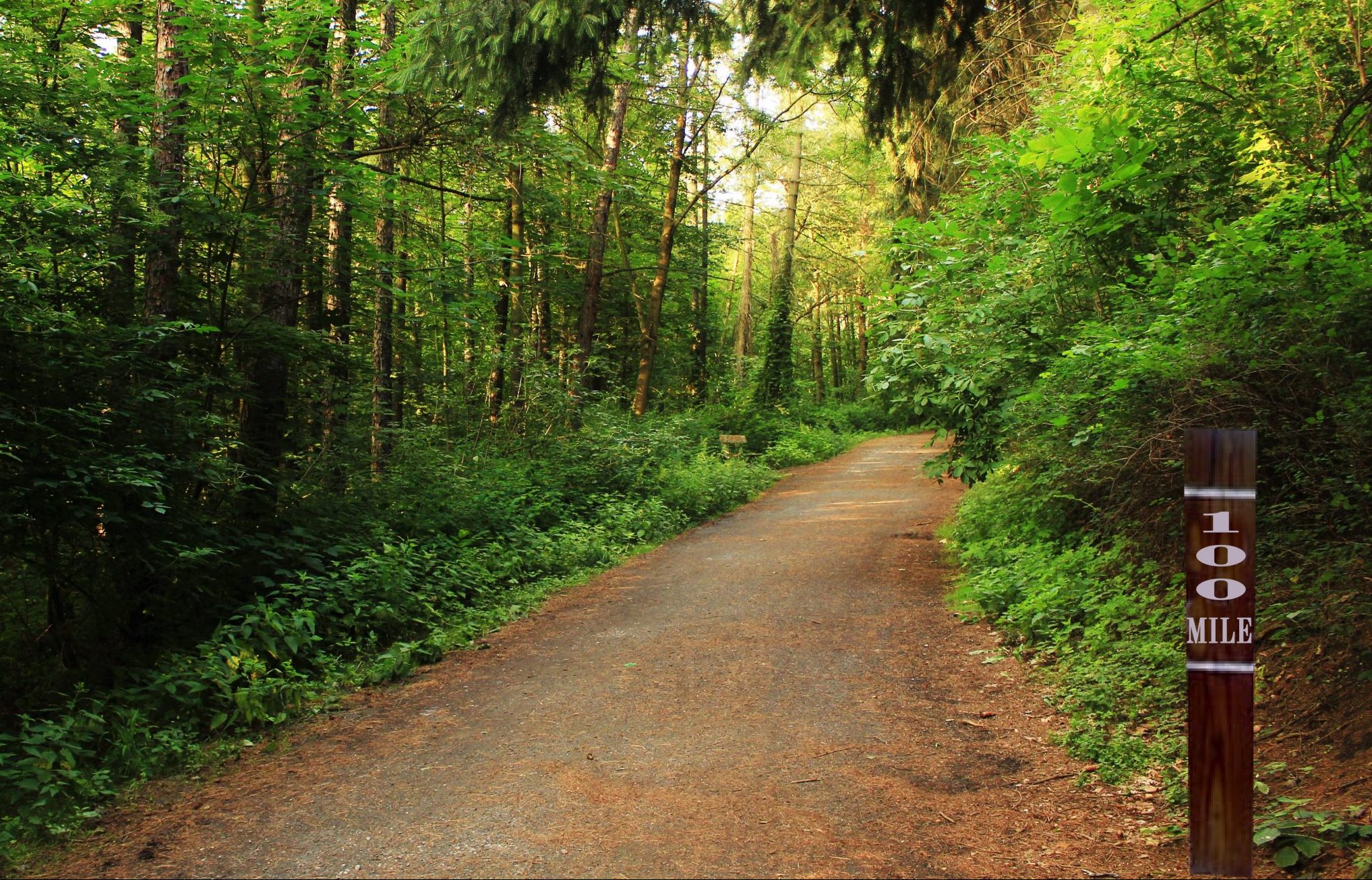 “Who would run 100 miles? I don’t even like to drive that far.”  I’ve heard it time and again.  And it’s true…100 miles IS a long freaking way.  Especially on foot.  So, the obvious question (that I rarely get asked) is: Why?  Why would I choose to put myself through the mental and physical anguish of preparing for a 100-mile run?  The answer is simple.  I wanted to do see if I could do the “impossible.”

“You said 100 miles.  That can’t be right.  There’s no way.  You have to be mistaken.”  It was 2013 and I was 100% confident that my buddy had no idea what he was talking about.  He was telling me about an article he had read on ultra running but obviously, he was mixing up the distance.  People can’t run 100 miles.  It’s simply not possible.

I was certain of it because I had spent the last handful of months getting into the best shape of my life and I could barely knock out 3 miles without feeling trashed.  I had run a half marathon back in 2010 and I knew just how hard that was.  Yep…this guy was drunk if he thought humans were capable of covering 100 consecutive miles.  I hated to do it, but since he would not back down, it was time to serve him up a little humble pie.  I turned to Google to settle it once and for all and in that moment, my world changed forever.

My Wake Up Call

It’s hard to remember what phrase I searched that day, but I clearly recall the confusion as I poured over the results.  Over the course of the next few minutes, my truth around the limitations of the human body was shattered.  How could this be?  Not only were 100-mile races a thing…but apparently a LOT of people were running them.  On top of that, there was evidence that some runners were covering 200+ miles at a go.  For a guy who had recently puked my guts up after a mediocre performance on my 1.5-mile Air Force PT run (true story), this was a hard pill to swallow.

As the dust settled, I realized that my findings meant one of two things.  Either there was a segment of the population that was born with something extra that allowed them to tackle these seemingly superhuman endurance feats…or…I was capable of exponentially more than I had previously thought possible.

I wish I could tell you that I immediately embraced my newfound potential and got to work.  Not the case.  That lid was on too tight.  But I will admit that my mind was more open to new challenges.  So, when I caught wind of a Spartan Race scheduled for spring of 2014, I pitched the idea to Jeff. It wasn’t long before we were both signed up…and we were scared to death!  When race day arrived, much to my surprise, things went extremely well.  I walked away from that experience with 2 major lessons learned: 1) I loved Spartan Races and found a huge amount of fulfillment in pushing myself further than I ever had.  2) If I was ever going to be good at them, I better become a runner!

I had been comfortable in a gym since high school and the training that Jeff and I had done together up to that point revolved primarily around weights, with some cardio circuits mixed in.  I did not grow up participating in endurance sports, but weights had been an effective way to create the physique that I saw as ideal…so why would I want to run?

But Spartan changed all that.  With my background, I dominated the obstacles on the course, successfully completing every one of them in that first race.  That’s right…0 burpees!  I flew by competitors who were struggling to get over a wall or muster up the strength to carry the Atlas Ball (a concrete sphere that can be stupid hard to pick up and then must be carried per course requirements before continuing), but some of those same competitors would come bounding back past me between obstacles as I was huffing and puffing down the trail.  I had some work to do.

Time To Make Some Changes

We immediately began incorporating more running into our workouts, but it wasn’t until the fall of 2015 that the needle really started to move.  Jeff decided that he was going to run the Kiawah Marathon in December.  As this would be his first, and I was eager to become a more effective runner, we decided that we would both accomplish his marathon training plan.  The idea was that it would provide accountability for him to stick to his runs, and I would get the benefit of logging the same number of miles to put to work on the Spartan course.  I can’t say I was necessarily excited about it, but I saw it as a valuable means to an end.  And then something weird happened.  I actually began to enjoy it.

Around the same time, I came across an audio book at the local library titled Born to Run, by Christopher McDougall.  A quick check of the online reviews told me I should check it out.  I am SO grateful that I did!  Over the course of the next week or so, I was spellbound by the incredible story that unfolded (true by the way) and the treasure trove of information that it included.  Just as with the discovery in 2013 that people were able to actually run 100 miles, the content in Born to Run turned most of what I thought I knew about running on its head.

Just The Catalyst I Needed

If you have not read it, stop what you are doing and get yourself a copy…you can thank me later.  Not only did that book cause another fundamental shift in my understanding of the capabilities of the human body, but it was exactly what I needed to begin mentally bridging the gap from where I was to the land of the super-runners who were crushing ultra-distances.  In other words, that book helped me build the belief that the human body is not merely capable of running that kind of mileage, it is built for it.  So, with the combination of this new understanding and the fact that I was now finding joy in lacing up for longer runs, I found myself asking: If I already have the tools, then why not me?  Why not 100 miles?  That was a major turning point.

There are a lot of stories (and probably even more miles) that make up the time between that moment and now.  It has been an incredible ride to say the least.  I ran my first marathon in March of 2016, completed my first 50 mile ultra in November of the same year, and then finished my first 100-mile race, the Umstead 100, in April of 2018.  It was a proud moment, considering that only a handful of years prior, I had considered the feat “impossible.”  And obviously, it was not the end.

On To Bigger And Better Things

I have finished other races, will continue to take on new challenges, and will no doubt rack up my share of failures along the way.  But that is the beauty of it all.  Proving to myself that I could run 100 miles was a great box to check.  But it pales in comparison to the journey of becoming a person who questions boundaries, peels away previously perceived limitations, and welcomes seemingly impossible challenges.  That is the journey that Jeff and I are on.  It has incredible highs, it can have crushing lows, and it is good for my soul.

How about you?  Have you conquered your “impossible?”  Or are you considering it?  We want to hear your story.  Drop a comment, hit me up on Instagram at @Go_Be_Awesome, or shoot us an email at theultrarunningguys@gmail.com. And be sure to checkout our Blog and Video Pages for more content!

Starts with a Mile

Setting Goals: I Was Doing It Wrong